Special welcome to author SJ Davis, author of the steampunk vampire novel Invisible Sun!  She’s written a guest post on her love of steampunk and its growth as a genre.  You can find my review for Invisible Sun HERE.

In Victorian London, at the beginning of the Industrial Age and the height of man’s obsession with alchemy, scientists gave birth to the foundation of modern genetic science. As steampunk airships cut across the foggy city of Gravesend, vampires are brought to life.

But instead of scavengers prowling the fringe of society, these creatures have evolved to be the respected organizers of the Society, a universal religion, and the Guardians of Science.

One stray drop has spilled from the vein. Draegan, heralded from birth as the genetically perfect vampire, has turned rogue, attacking the women of London’s East End. Only his brother, with the help of Lady Astrid West, can hunt him down before he is able to unleash his full insanity upon the helpless city. And only another birth, the birth of yet another perfect vampire, can stop his madness.

What is Steampunk and why everyone should love it!!

Steampunk is a subgenre of Science Fiction, and a thriving subculture.  When I think of Steampunk, I think of stories and fashion based on Victorian (Age of Steam) sensibilities with a dystopian/punk rock aesthetic.  Sort of like Jane Austin meets Spike Lee and Fight the Power. Of course the fun element is merging this art with modern technology that is retrofitted to appear Victorian – this is where an amazing amount of crafting, fun opportunities for writing, and etsy shops blossom.
I am no stranger to subcultures – especially in the music scene.
While I've never gone full force, I've dipped my toes in one or two most of my life and found most of them have elements in common. They all have distinctive fashion and style. Many have a music genre to call their own also. But they all fill an emotional need – and that is what draws in the hardcore members. The easy example to go with is Goth. Kids are programmed have a certain degree of normal teen angst and often going Goth allows them to acknowledge and deal with that angst on the surface. Of course, many people like to wear black and listen to dark music, but the true Goth embraces the emotional support of others just like them. An outsider embracing the outside and finding a place to belong – it’s a basic human need.
Steampunk, just like Goth, fills an emotional need to belong. What I love about Steampunk is that it acknowledges a sense that we do not belong.  Steampunk creates a time that did not exist, whose elements do not belong together. The melding of an artificial past with a future not likely to exist has created a place where anyone can co-exist and build a world. It is not a depressing place like Goth can be, but rather a place of pure fantasy.
People have been adopting the Steampunk aesthetic lately just because it is stylistically appealing. I certainly love Victorian fashion, aviator goggles, parasols and corsets. Some people love the gears, brass and futurist tech. Steampunk will likely take its place beside Goth, as something everyone knows about. Goggles and geared jewelry will find there way into Hot Topic, but not everyone will be into it. This is of course just fine with me.

SJ Davis is the daughter of an ex- 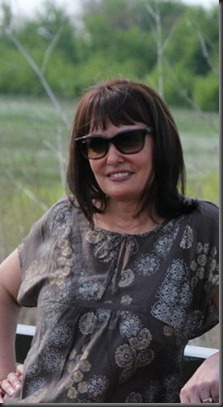 patriate British mother and a
Southern Baptist ex-CIA father. As
a child, she spoke in silly accents
and recounted outlandish tales of
fantasy over afternoon tea and to
this day it remains her favorite
activity. Born in Long Island, NY,
she was raised in the suburbs of
Washington DC and went to school
for a very long time (University of
Virginia and George Mason
University), married an all-around
wonderful man, had two kids
(smart, funny, full of opinions),
moved from Virginia to New
Jersey to Philadelphia to Chicago,
and began her writing career. She
is a believer in fate, an avid tea
drinker, a stiletto aficionado, Doc
Marten worshipper, punk rock
listener, and lover of flip flops and cardigans. She has a terrible sense of direction, loves gummy bears, and is a Johnny Depp fangirl.